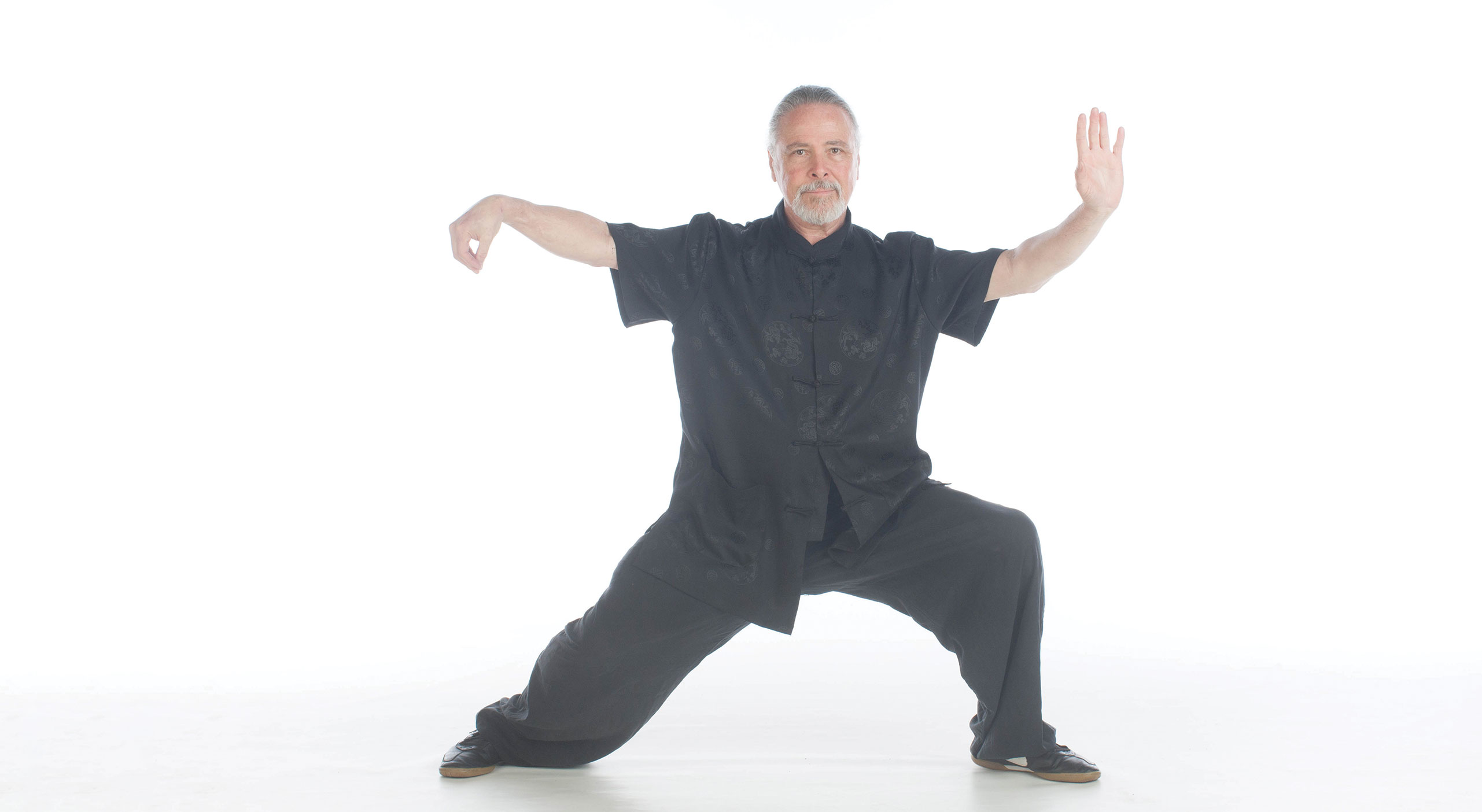 Jampa Mackenzie Stewart, MSOM, L.Ac. is a practitioner of Traditional Chinese Medicine, licensed in both Connecticut and Texas. He is a graduate of Southwest Acupuncture College in Santa Fe, New Mexico where he received his Master of Science in Oriental Medicine and Doctor of Oriental Medicine license. He was also on their teaching faculty, leading courses in Qigong, Taoist Meditation and Tai Chi.

After three years in private practice in both Santa Fe and Los Alamos, Stewart was invited to serve on the faculty at the Academy of Oriental Medicine – Austin, Texas (AOMA, now AOMA Graduate School of Integrative Medicine) in 1997. While there, he was appointed Dean of Clinical Studies and Dean of Medical Qigong. At the same time, he served as clinic supervisor and professor of Acupuncture Point Energetics, Needle Technique, Medical Qigong, Chi Nei Tsang and Clinical Theatre, as well as Taoist energy meditation, Qigong and Tai Chi.  While at AOMA he started the first accredited training program of Medical Qigong Therapy in the country.  He later established Healing Tao Institute as his own Medical Qigong school to expand the program from one year to two years, and to offer additional adult education classes in Tai Chi, Qigong, and Taoist and Buddhist meditation.

Stewart also served on the Texas Board of Acupuncture and Oriental Medicine from 1998 to 2002. As a clinician in private practice, his scope of practice and expertise includes both Chinese and Japanese acupuncture, Chinese herbal medicine, Asian Bodywork Therapy (both Tui Na and Chi Nei Tsang), and Chinese Medical Qigong Therapy. He is currently in private clinical practice of acupuncture and Traditional Chinese medicine in Washington, Connecticut, where he also teaches Buddhist and Taoist meditation, Tai Chi and Qigong.

Stewart’s introduction to Chinese Medicine began early with his studies of Qigong and Tai Chi in the 1970s. He was with the first Tai Chi delegation traveling to China in 1981 to learn the original Chen style of Tai Chi with China’s top masters. Later he learned the entire Yang style Tai Chi system, as well as studying Chen Pan-ling style and Wu style Tai Chi. In 1982 he founded the Rochester T’ai Chi Ch’uan Center in Rochester, New York, a non-profit school presenting several styles of Tai Chi, now celebrating its 40th anniversary in operation. Through his visiting Tai Chi and Qigong masters, Stewart began to learn not only advanced Tai Chi, but also Qigong healing methods. Having come from a family of four generations of medical doctors, although he never wished to become an MD, he had absorbed a lot as a result of his exposure to medical practice from his father.  His deep interest in Tai Chi and Qigong healing drew him to want to go deeper into Chinese Medical theory, diagnosis and treatment.

Stewart has trained in over 35 different styles of Qigong with over 40 teachers, but his principal teacher was renowned teacher and author Taoist Master Mantak Chia, who certified him to teach and heal, and who also introduced him to Medical Qigong therapy. Stewart rose to the title of Senior Instructor in Chia’s Universal Healing Tao system, and has taught Taoist workshops and retreats throughout the United States, as well as in Canada, Thailand, Ecuador, and the Caribbean. He had produced ten videos and seven guided meditation CDs on Qigong and Taoist practices.

Stewart was elected as a board member of the National Qigong Association (NQA) in 2005, later appointed Vice-President, and in 2007 he became their President, a position in which he served until 2010. While there he served as co-chairman of the NQA's newly formed Standards Committee and helped to establish national standards and certification for professional Qigong teachers and Qigong healers. He has been a presenting teacher and moderator at the NQA's annual conferences.

Stewart has also been a student and practitioner of Buddhist meditation since 1968. He began his practice of Zen Buddhism while still in high school at the Rochester Zen Center under Roshi Philip Kapleau and Toni Packer. After graduation, he moved to San Francisco to train under Zen Master Shunryu Suzuki Roshi. Later he studied with Vietnamese master and internationally acclaimed author Thich Nhat Hanh, who ordained Stewart into the Order of Interbeing (Tiep Hien) and gave him authorization to teach.

In 1983, Stewart’s interests shifted to Tibetan Buddhism. Studying with many masters, including the Dalai Lama, he is now authorized as a Dharma teacher in the Kagyu, Nyingma, and Bon Buddhist lineages. He founded the Rochester Dharma Study Group and co-founded the Amitabha Foundation in 1986. He later served on the board of directors of Yeshe Khorlo, and established a branch chapter in Austin, Texas.

As an author, Stewart has written two published books and over 50 magazine articles on Traditional Chinese Medicine, Taoism, Buddhism, Tai Chi and Qigong, and served as contributing writer and editor for three of Mantak Chia’s books on Taoist practice (see Publications). He was contributing writer and editor of Chinese Medical Qigong Therapy (2000, first edition), the world's comprehensive and leading textbook on the art. He was editor and publisher of The T'ai Chi Journal, a quarterly Tai Chi magazine.

Stewart has been an entrepreneur for most of his life. During the Covid-19 pandemic, since March 2020 he has continued his clinical work as an acupuncturist/herbalist, and has taught weekly Tai Chi, Qigong and meditation classes through Zoom online.